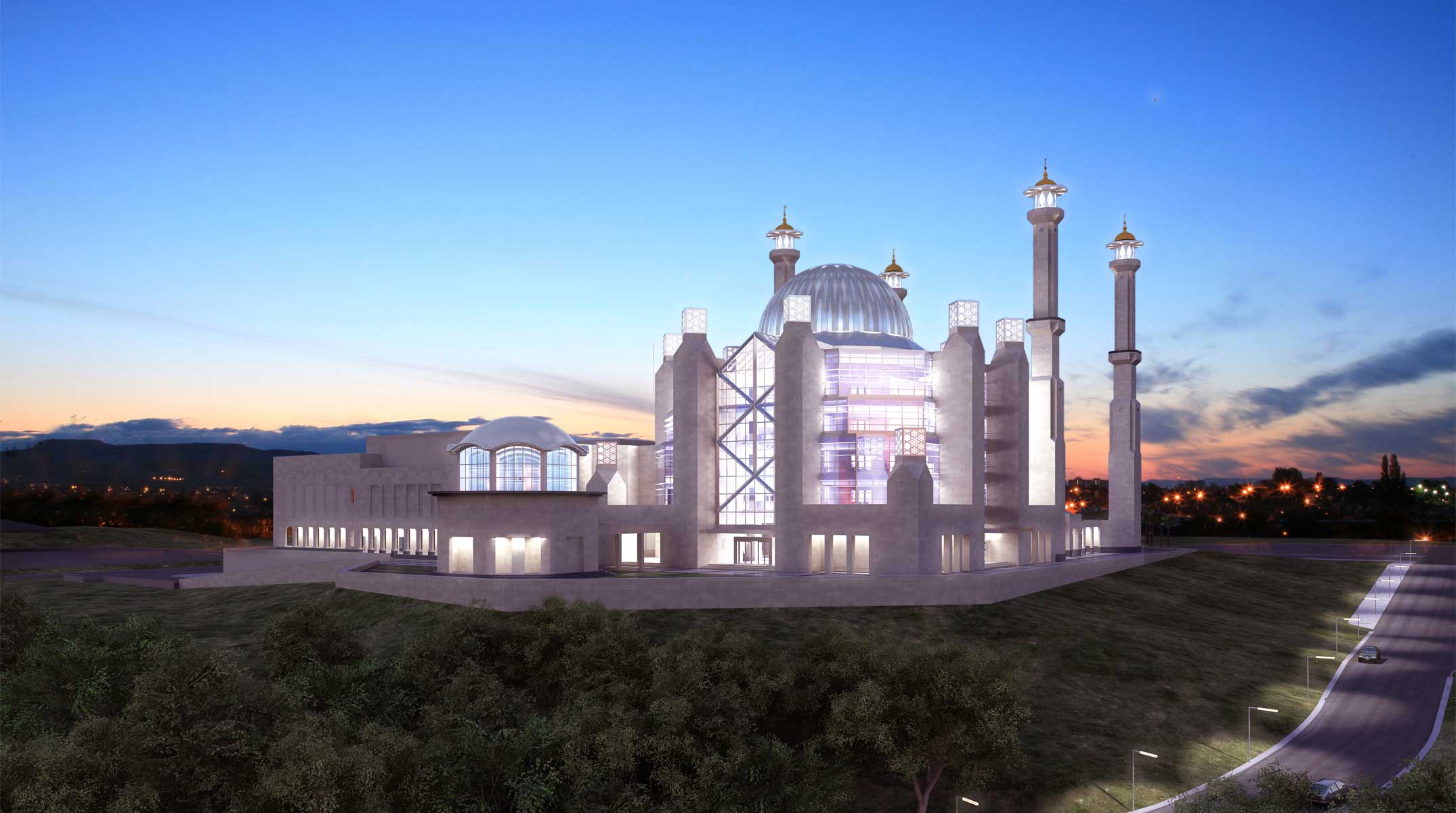 A research center will also be included, intended to be a major repository for the collection, study and dissemination of scholarly Islamic work. The prominently located site is approached by a ceremonial ramp that leads visitors to an entry courtyard flanked by four 60-meter-high light towers.

The towers, which echo local minaret designs, are visible landmarks from afar both day and night when they are lit from within. The atrium recalls many of the large prayer halls in local mosques yet maintains a distinctively public appearance with a large multi-story glass wall enclosure and translucent glass bridges spanning the south end of the space.

The Museum is currently under construction.