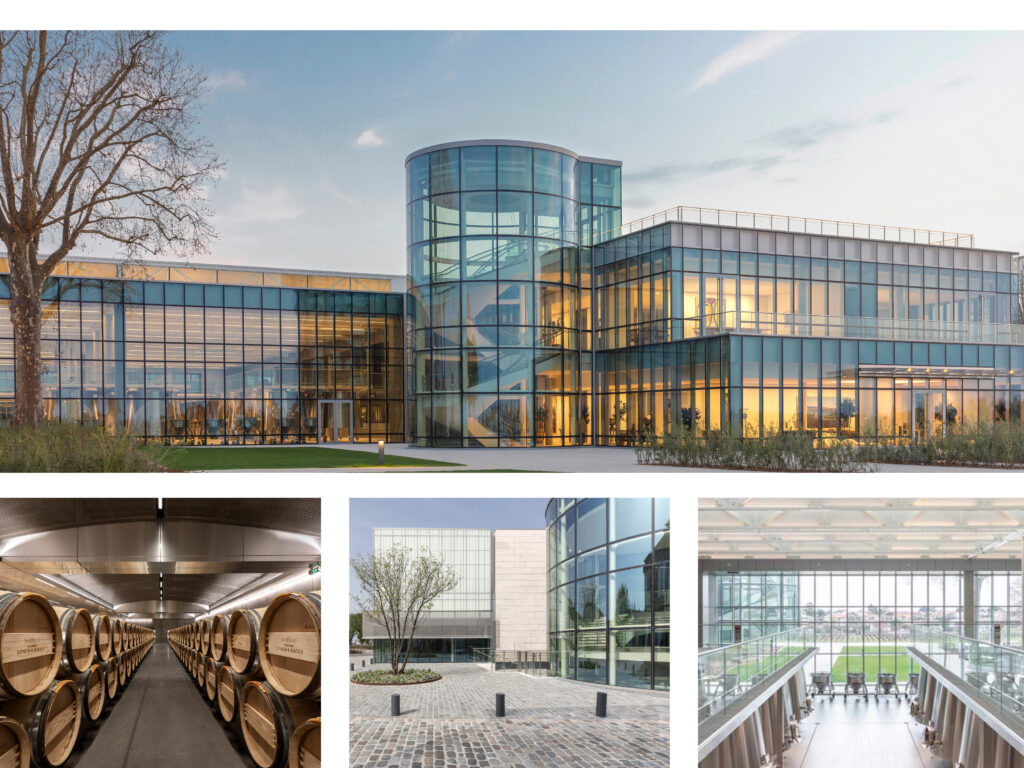 PEI Architect’s client, Lynch Bages Winery, recently released a booklet highlighting the monumental transformation the winery has undergone in the last four centuries, with the most recent transformation starting in 2006. At that time the technical team began drawing up specifications to design a new cellar. They began discussing the project with architects in 2009. Renovation work began at the estate in late 2016, followed by demolition work in February 2017. Once the ground was cleared, diggers began work on a square pit over 10 meters deep to accommodate the new building. It was completed in time to harvest the 2020 vintage, the first to be born in the new cellars.

To summarize the architectural transformation: “The new winery addresses modern day challenges in ergonomics, safety and environmental concerns. True to the functionalist principle that “the beauty of any architectural work rests on how well it is adapted for its function”, this idea naturally guided the renovation project of Château Lynch-Bages. The building integrates seamlessly into its environment and leans on the sky, playing with natural light and transparency. It consists of three interconnected volumes: a large glass enclosure of the vat room, a rectangular-shaped mostly windowless space, and an all-glass volume for the office wing. The Jura Stone from Germany beautifully clads the rectangular-shaped enclosed volume with its uniformed appearance and distinctive character as it contains small fossils shells. The design of the monolithic stone façade is contemporary and complements the more rustic character of the local stone of the existing buildings surrounding the complex.”

Read more on the history, wine process and the team of architects who made this new and innovative winery come to fruition. Download the entire booklet.