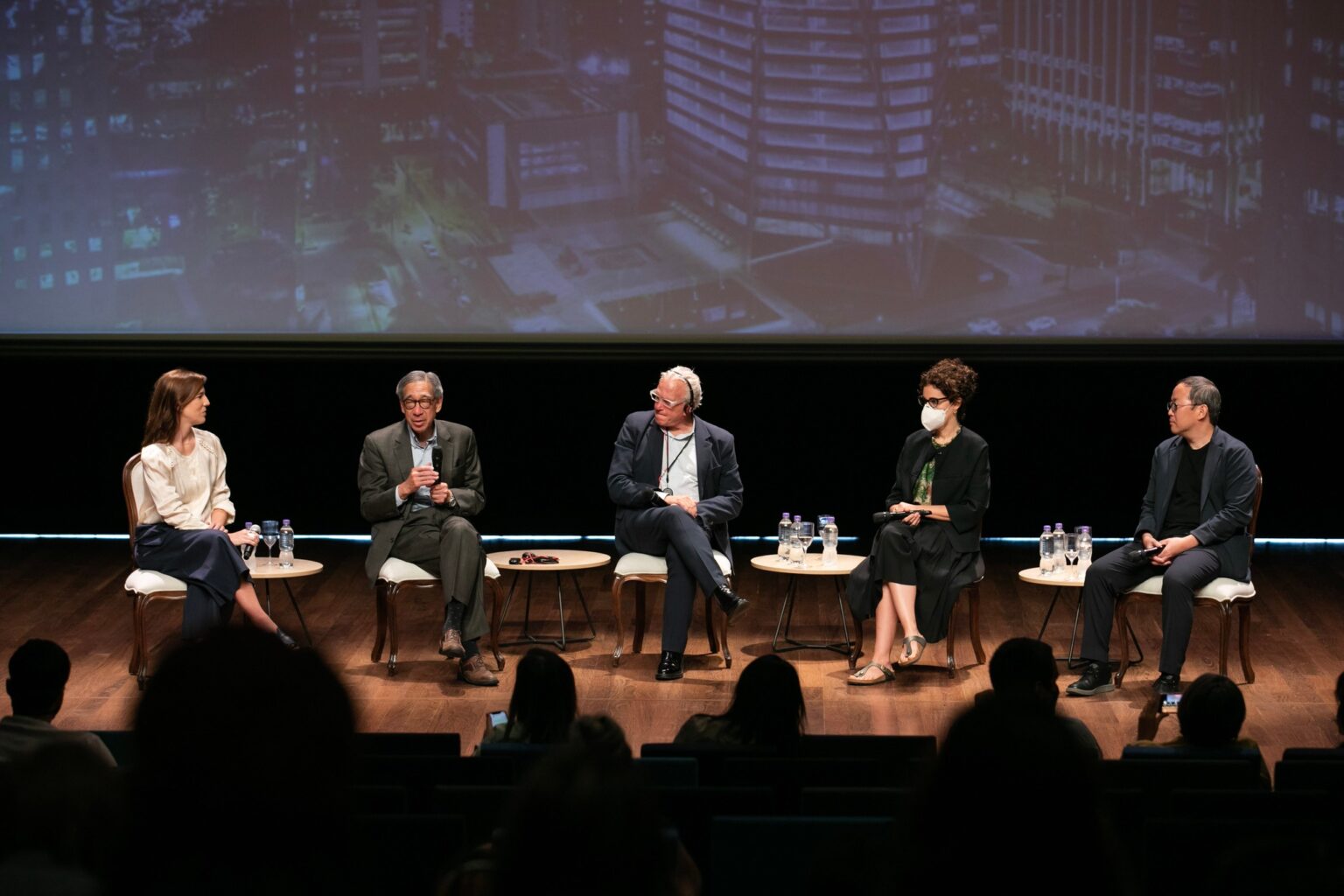 As 2021 came to an end, Faria Lima B32 celebrated its completion and grand opening in São Paulo . As part of the celebration a conference was arranged to include professionals and students. The B32 team gathered for a reunion to reflect on the long journey that led to the realization of the Faria Lima B32 project. Architects Eiji Hayakawa, designer of the B32 Theater, Didi Pei, design architect of the high-rise commercial tower, and Tom Balsley, designer of the plaza, were together again to detail the role of each one in the creation of the B32. Also presenting were Lua Nitsche, representing the IAB SP – Instituto de Arquitetos do Brasil – São Paulo, and Rafael Birmann, for Faria Lima Prime Properties, they debated how the private sector can improve public spaces. “It’s time we listen to each other more,” said Birmann, adding that constant dialogue is the only way to create better and more democratic cities. 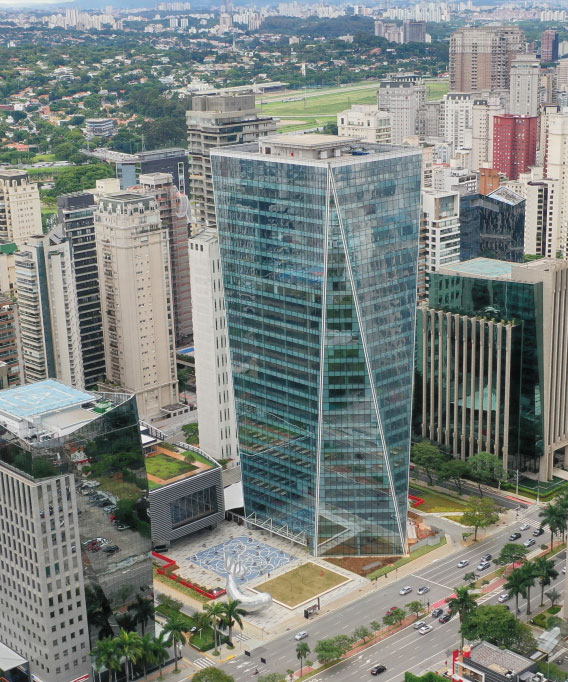 The whale sculpture has become a symbol for B32.  Photo credit: Bianca Massaro