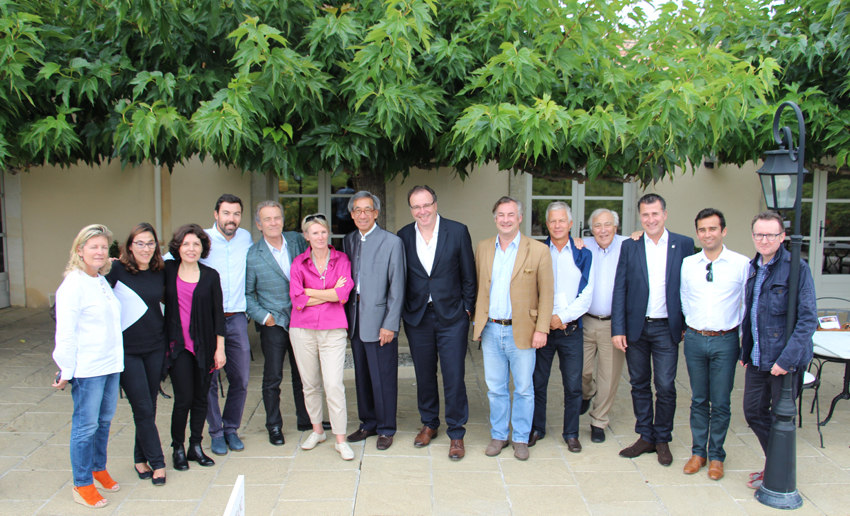 Owned by the Cazes family since 1939, Château Lynch-Bages will embark on a new chapter in its history early 2017 with the renovation of its wine-making facilities. American architect Chien Chung Pei has been placed in charge of the project.

“For several years now, our team of specialists has concentrated on the substantive work needed to improve our knowledge of the Lynch-Bages vineyard, studying its soils, introducing mass selection, analysing plots, and so on. This project aimed at renovating the estate’s technical facilities now marks the next logical step,” says Jean-Charles Cazes who has managed the family owned group since 2006.

Technical improvements in these new facilities will centre on three areas: a vast area dedicated to receiving the harvest; the fermentation cellar, allowing a more precise vinification of individual parcels in 80 stainless steel vats; and finally a large cellar, capable of accommodating two vintages at once, hence increasing the duration of wine maturation. Work is expected to last two and a half years.

The project will bring its fair share of innovation, while respecting Lynch-Bages’ history. Gravity flow winemaking will be a key process in the new facilities, as a nod to the estate’s historic fermentation cellar designed by Skawinski in the 19th century, which will also have its proper place amidst the future buildings.

According to the client, Partner Chien Chung (Didi) Pei was the obvious choice when it came to appointing an architect. “First, because he’s had ties with my family for years. He met my father for the first time in 1986 when working with his own, Ieoh Ming Pei, on the Louvre pyramid project in Paris. I like the idea of handing down through generations, not only in his history but also our own. He shares our philosophy of embracing the outside world, he has a dual culture and an excellent understanding of our country. He’s also a wine enthusiast, and therefore understands the technical and functional challenges such a project raises for our estate.”

Mr. Pei will work in collaboration with Atelier BPM, selected as prime contractor for the project, and an agency that has already completed numerous vineyard projects in and around Bordeaux.

“Light and transparency are two strong influences that will guide the architects working on the project. “Another reason why we chose Chien Chung Pei is because we are great fans of his sleek architectural style, with its contemporary lines and perfectly sober form.” says Jean-Charles Cazes.

He will work in collaboration with Atelier BPM, selected as prime contractor for the project, and an agency that has already completed numerous vineyard projects in and around Bordeaux.