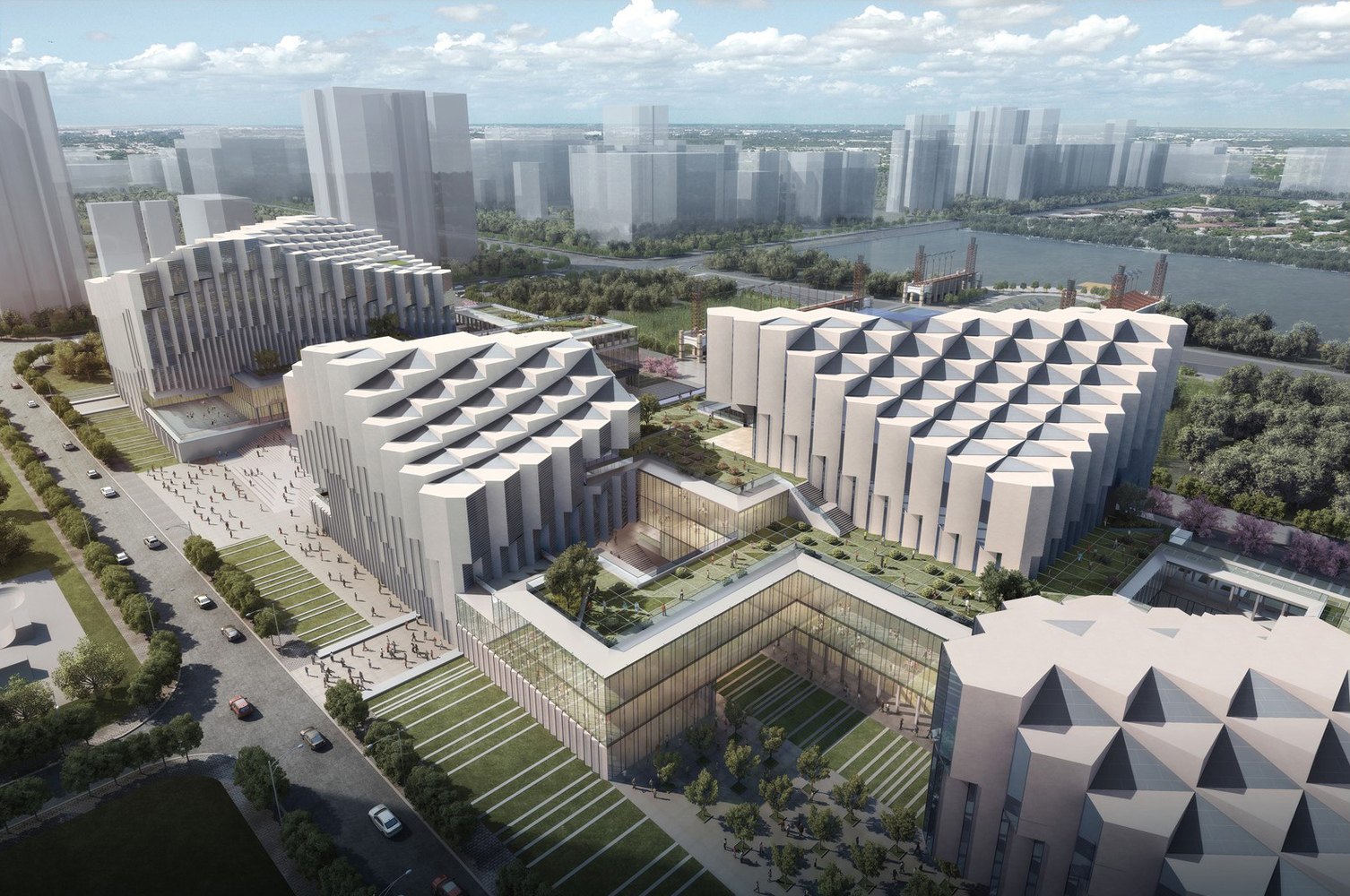 PEI Architects, in collaboration with Guangzhou HSArchitects, has been selected as the winner of an international design competition for the Nanhai Cultural Center in the Nanhai District of Foshan, China. The winning design seeks to create a “New Civic Plaza” connecting a variety of cultural program elements through a balance of structure and void.

To be located on a 400 meter long, 150 meter wide lot facing the Qiandeng Lake Park, the 130,000 square meter (1,400,000 square foot) complex will contain a library, arts and science exhibition spaces, sports facilities, and performance halls, among other cultural amenities. Bound by heavily trafficked roads, subways and bus station transit hubs, the design challenge was to go beyond architectural building design into organizing of the greater urban fabric.

This is achieved by a creating a balance of structure and void within the cultural complex, a philosophy that is inherent to the Chinese concept of space and cultivation of culture

“The concept of space in the Chinese language describes that the open void is no less important than the physical being. Similarly, Chinese calligraphy emphasizes a balanced void and stroke, sometimes even a deliberate void that complements the stroke to enhance its existence,” explain the architects.

“The space which enables the people to gather and exchange ideas freely is the key element of the formation of culture. Most importantly, it shall be an open assembly space without predefined programs.”

“Based on the perception of cultural formation and the dialogue with the contextual urban fabric, we conclude that the central space of Nanhai Cultural Center should be a “void” that provides a welcoming gesture to the public at all times: a 24-7 opened yet sheltered “New Civic Plaza”. Thus, the most essential core area of the cultural center is dedicated to the open public and it shall be a sincere architectural response for the community.”

The “New Civic Plaza” will be pervasive throughout the complex, organized around a “decentralized” unit typology inspired by vernacular architecture that allows southeastern wind to pass through each unit and offers shaded areas to protect visitors from the blazing sun.

“Capturing the mountain, the river, and the cloud of Guangzhou Lingnan region along with the imprint of local traditional dwellings, we try to elevate the poetic grace in the project for Nanhai through implementation of the metaphysical instead of the physical form,” the architects explain.

The historical heritage is carefully interpreted and preserved in the New Nanhai Cultural Center for generations to come.