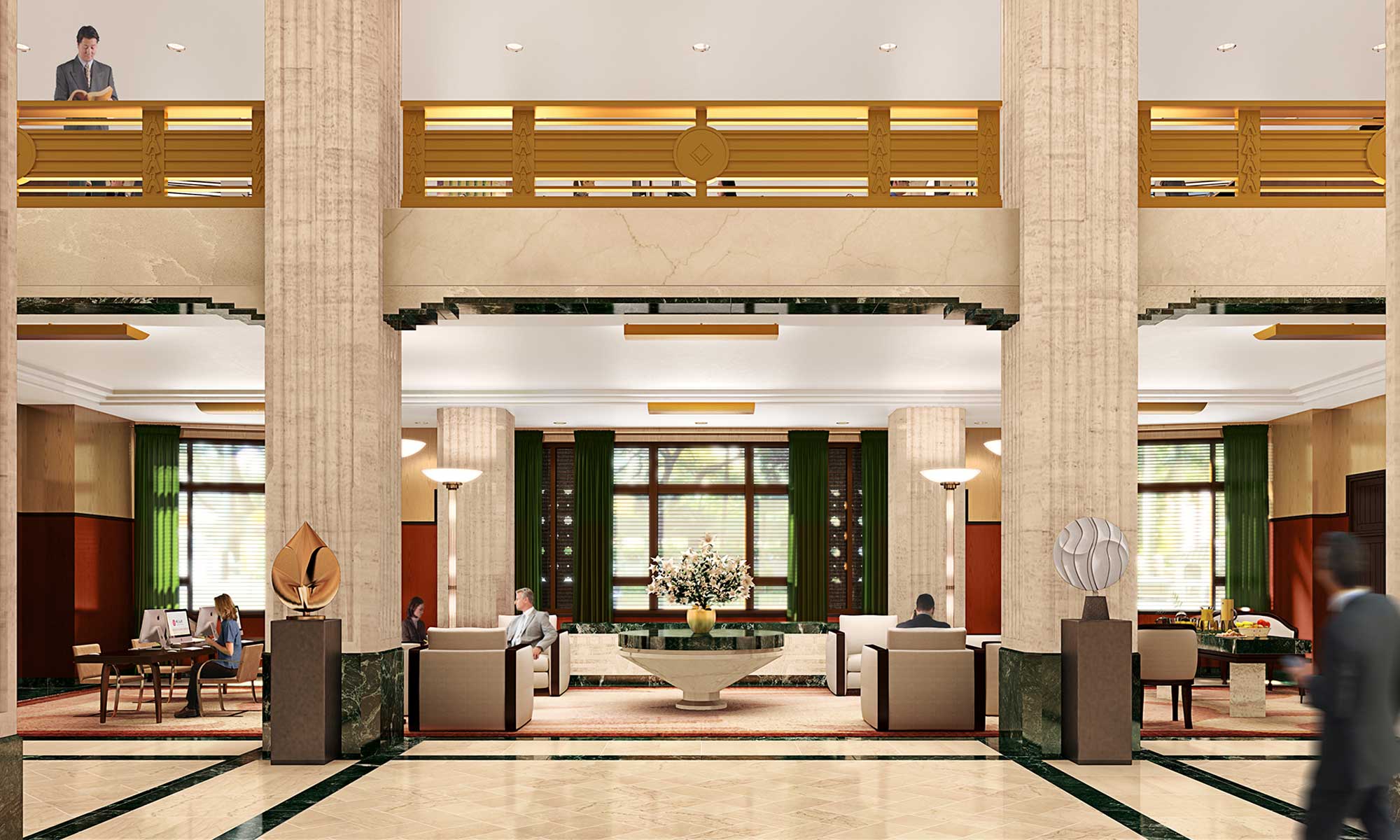 The private banking center’s renovation, to be carried out in June, was designed by architect Sandi Pei Li Chung, the youngest son of I.M Pei, the architect behind the new Bank of China Tower in Garden Road, which began construction in 1985.

“The Pei family has a long history with Bank of China. My grandfather Pei Tsu-yee was the general manager of Bank of China Hong Kong branch and he worked on the top floor of the building, which is now the China Club,” Sandi Pei said on Monday. “My father used to collect his pocket money (from his father) in the lobby at the branch of the old Bank of China building.

“Now I am responsible for the renovation of the heritage building which has extended the long history of the bank with my family,” he said.

The old Bank of China building was constructed in 1951, serving as the major office of the bank until it moved to the new tower that was completed in 1990. The old building was still used as a bank branch, little-known to the public. More high profile was the bank’s tenant located on the 13th and 15 floors – China Club – which drew frequent visitors for lunches or dinners.

Pei said the old building’s lack of appeal to the public was because it was a stone building with small windows and a dark lobby.

“Now I am responsible for the renovation of the heritage building which has extended the long history of the bank with my family.” Said partner Li Chung (Sandi) Pei.

“The current design of the branch has little attraction for the public. For the renovation, I will change the windows and curtains [and] add new lighting to brighten the lobby…so it would be like a lounge for bankers to meet their clients,” he said.

The private banking centre will occupy 2,000 sq feet on ground floor, second floor and eighth floor. Pei said the design would preserve the original ceiling and establish a new column with mosaic tile to keep its original style, while making sure the space meets modern banking needs.