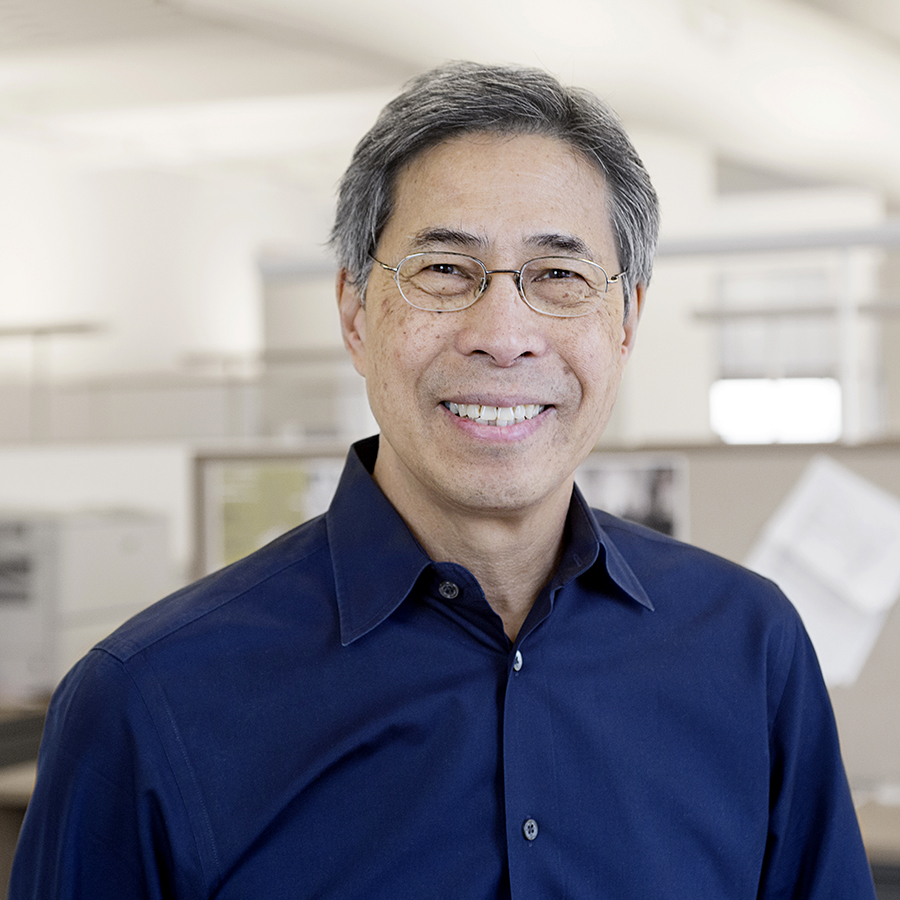 Li Chung (Sandi) Pei is a co-founder of PEI Architects, formerly Pei Partnership Architects.  Over nearly four decades he has been involved in more than fifty projects worldwide ranging from educational facilities, laboratories, and museums to commercial office buildings, hotels and residential projects. Initially working with his father, the renowned architect I.M. Pei, Sandi played a leading role in such award-winning projects as the MIT Arts + Media Technologies Facilities, Cambridge, MA (1982); the Creative Artists Agency Headquarters, Beverly Hills, CA (1989); and the Bank of China Tower, Hong Kong (1990). After leaving I.M. Pei & Partners, Sandi continued his award-winning work at Pei Partnership Architects, notably the Bank of China Head Office Building, Beijing, China (2002); Suzhou Museum, Suzhou, China (2006); the Embassy of the People’s Republic of China (2008) in Washington, DC; and the Dancing Water Theater in Macao, China (2010). In 2013, Sandi made history with the BMW Beijing Xingdebao 5S dealership, the automaker’s first LEED Gold-certified building in China (2013). Two years later, he completed 2221 Yonge Street, a highly celebrated 56-story residential tower in Toronto (2015) as well as the 22-story Bank of China Tower in Suzhou, China (2017). He recently completed the renovation of the Bank of China Heritage Building in Hong Kong, the original landmark headquarters built in 1951, into a modern and dedicated Private Banking facility.

Beyond his work at PEI Architects, Mr. Pei is respected for his public service and contributions to the profession. He enjoys a sustaining interest in the arts and serves on Christie’s Advisory Board and as Vice President of the International Council of the Museum of Modern Art. A frequent lecturer, his speaking engagements include the Building Museum in Washington, DC; AOA (Associacion de Oficinas de Arquitectura) in Santiago, Chile; the International Marmomac Stone Fair in Verona, Italy; the Integral Conversation Forum in Guilin, China; the World Architectural Congress in Shanghai, China; and The Harvard Graduate School of Design. He has been a juror of international competitions and institute award programs in Seoul, New York, Chicago and Hong Kong, and a design critic at architectural schools in the U.S. and abroad. Mr. Pei has been an active member of the New York Chapter of the American Institute of Architects and served for several years on its Board of Directors.

Li Chung (Sandi) Pei was educated at Harvard University where he earned his Bachelor of Arts degree mcl in 1972 and a Master’s degree in architecture in 1976 from the Graduate School of Design. From 1976 until 1992 he practiced at the firm of I.M. Pei & Partners before leaving to establish Pei Partnership Architects with his brother Chien Chung (Didi) Pei.